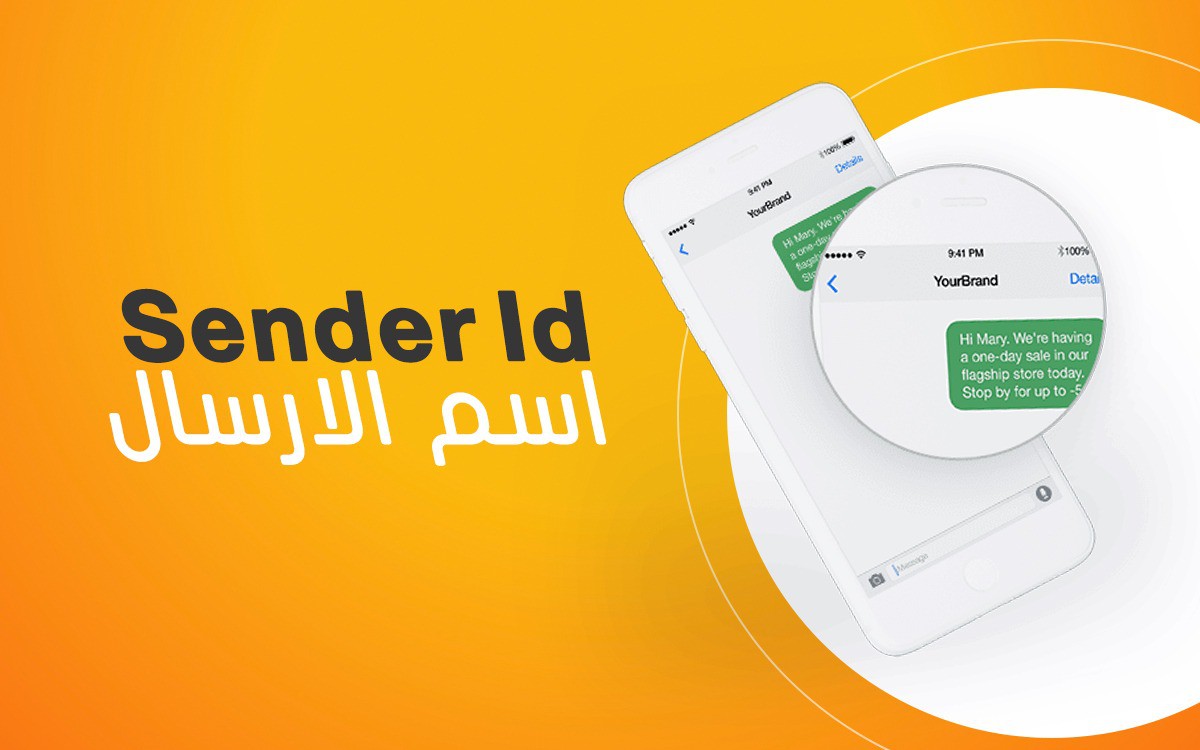 A SMS Sender ID (or sender name) is the displayed value of who sent the message on your handset.

. It should be  a limited number of characters, e.g.: Smseg.com

The Sender IDs are usually the first points touched upon when starting to use the service.

Sender IDs are sender names that compose of letters from the alphabet (A-Z), and numeric characters. This sender represents the brand name and is displayed as such when you receive a message

Sender id After returning to the mobile operators in Egypt (Vodafone-Orange-Etisalat) and return to the conditions provided by these companies, which must be accepted to

-The name of the sender id must be composed of 11 characters in the English language and may not be written in Arabic,(must notice that space enter and special will counted as a character)

Expected duration of activation of the Sender ID:

The duration varies from one company to another to activate the name:

This is the previous period in the absence of any problems in the name sent by the operators
The activation of the sender id  may sometimes require a longer period of time, considering the difficulty that the network of the payloads has taken, and it takes more time to make sure that some of the money sent in this case can take from 7 to 10 day.

INTERNATIONAL SENDER ID: Do not depend on the standard operator and need a separate operator.

-Party institutions such as (the Wafd party or the National Party) do not activate their names until after a delegation of the party has been sent to use it.,In order to preserve the national security, the parties send a written and stamped declaration from the Party and from the person responsible for sending the letters. Letters are sent to the party, which do not violate the conditions of national security and as a departure from the text of the declaration: (This is a delegation from us, a party ........... under his presidency ........... We authorize the company "Into egy" to use the name to be sent and is .................. in the services of sending short text messages.

As a confirmation step after contacting the technical support and sending the required papers,

- the technical support team  will send a registration form to our company, where the customer's personal data and name proposals for Sinder will be recorded and approved in the manner of its use, while using this name and emphasizing its use,

-It will be  Sent in Arabic and English
- The last step is filled and sent again to technical support to save the papers of each client and refer to it in case of need.